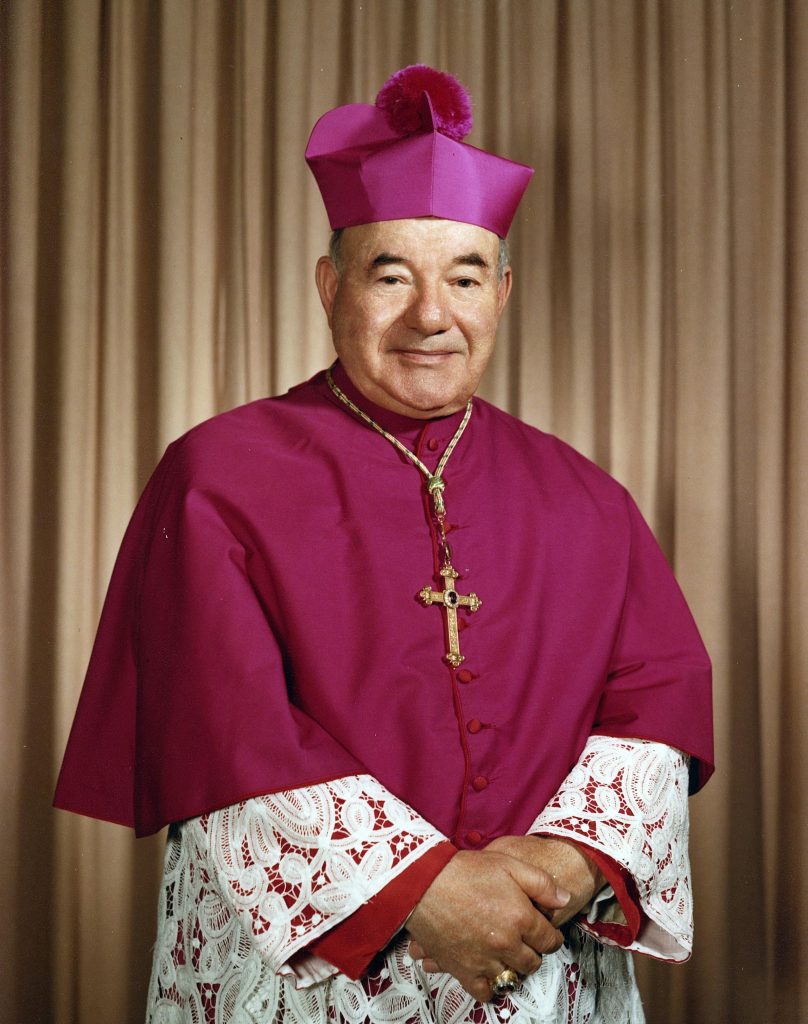 As word of Bishop Desmond’s death filtered out through the province, rumors regarding his successor centered on one-person: Msgr. Charles Pascal Greco of New Orleans.

Son of Italian immigrants, the 3rd of 13 children, Greco was born in Rodney, Mississippi on October 29, 1894. His family later moved to Waterproof, Louisiana and then relocated to New Orleans where he enjoyed a Catholic education under the direction of the Missionary Sisters of the Sacred Heart. It was in their chapel, where he served at the altar, that he met Mother Cabrini who predicted that “This boy will go far in the priesthood.”

Charles Greco entered St. Joseph’s Seminary College in Covington in 1907, and was ordained a priest in New Orleans on July 25, 1918.

Msgr. Greco received notification of his election as the sixth bishop of the Diocese of on January 11, 1946, and was publicly appointed to the position by Pope Pius XII on January 15. The new bishop took for his episcopal motto the charge of the Knights of Columbus, “Vivat Jesus,” meaning “Long live Jesus.”

Building on the foundations laid by Bishops Van de Ven and Desmond, Bishop Greco launched a diocesan expansion program, resulting in the erection of over 415 new buildings in 22 year including 124 churches and chapels, 48 schools, 64 rectories, 45 convents, 29 parish halls, 7 hospitals and nursing homes, and 98 other buildings. Another of Bishop’s achievements was the establishment of a diocesan seminary on the Pineville side of the Red River. Maryhill Seminary also served as a spiritual nucleus for diocesan retreats and youth activities.

The work closest to his heart was the establishment of training centers for handicapped children. Bishop Greco secured the services of the Sisters of Our Lady of Sorrows, an Italian congregation, to help in this difficult work, and established St. Mary’s in Clarks in 1955. In 1973, Bishop Greco submitted his resignation after 27 years as a bishop. He died in Alexandria in January, 1987. His body is interred in a special tomb erected in his honor by his brother Knights of Columbus in front of the main chapel at Maryhill.