Diocese of Alexandria > Our Diocese > Our Bishops 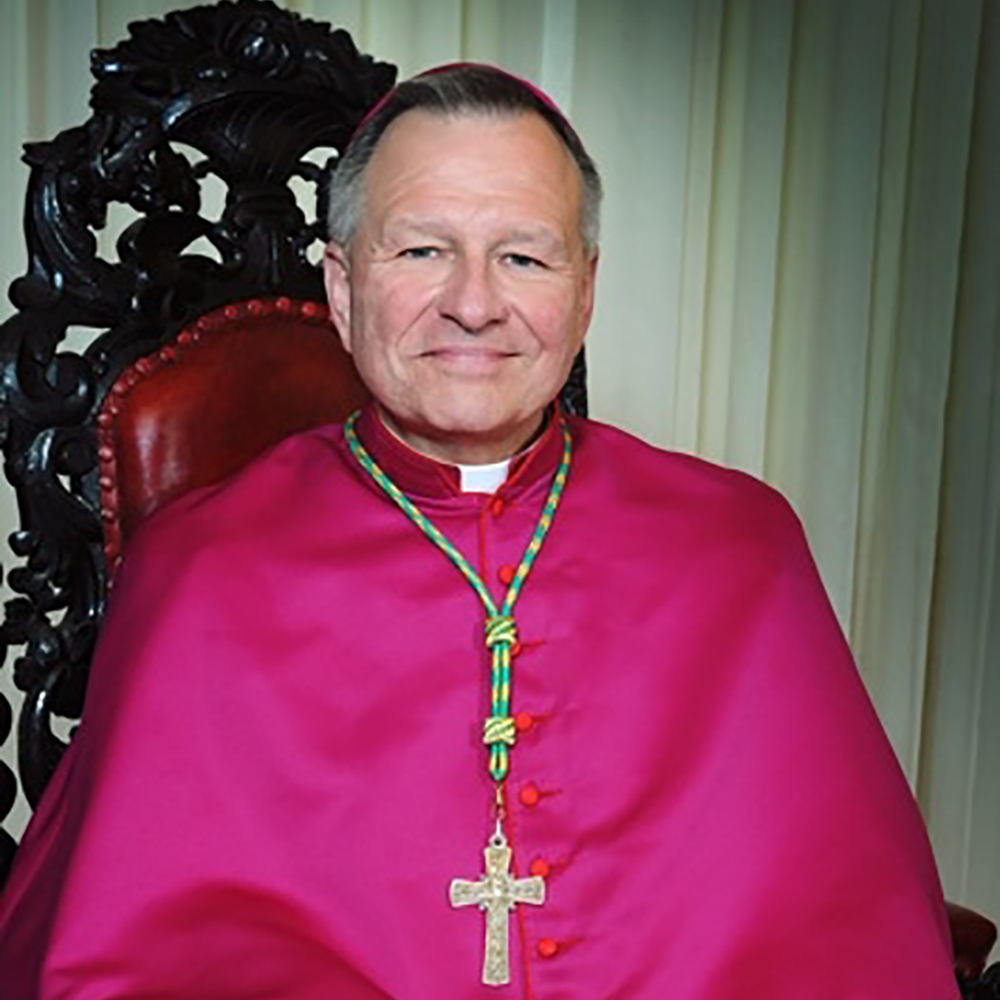 Archbishop Gregory Aymond, the metropolitan archbishop of the New Orleans Province, which encompasses the state of Louisiana, was appointed April 3 by Pope Francis as apostolic administrator of the Diocese of Alexandria as the diocese awaits the appointment of a new bishop.

Archbishop Aymond will remain as archbishop of New Orleans and will continue to reside in New Orleans with regular visits to the Diocese of Alexandria.

“My family has deep roots in Avoyelles Parish, and I am privileged to serve you as you await a new Diocesan bishop,” said Archbishop Aymond. “I will be as present as I possibly can be to the clergy, religious diocesan staff, and the people of God in the Diocese of Alexandria. Please pray for me as I will pray for you.”

Archbishop Aymond was born in New Orleans on November 12, 1949. After attending St. James Major Elementary School and Cor Jesu High School, in the Gentilly neighborhood, he went to St. Joseph Seminary College in St. Benedict, La. and graduated in 1971. He earned a master's degree in divinity from Notre Dame Seminary in New Orleans in 1975 and was ordained as a priest of the New Orleans Archdiocese the same year.

From 1973 to 1981, he was a professor, business administrator and then Rector of St. John Vianney Preparatory Seminary in New Orleans. From 1981 to 1986, he was professor of pastoral theology and homiletics and Director of Education at Notre Dame Seminary.
The archbishop served as President-Rector of Notre Dame Seminary from 1986 until the end of the 1999-2000 academic year, longer than any rector in the seminary's history. He also was a member of the seminary faculty for 18 years. During his tenure, Notre Dame Seminary grew to become the third-largest seminary in the country.  Archbishop Aymond was ordained an Auxiliary Bishop of New Orleans in 1997.

Archbishop Aymond also served as the executive director of the archdiocesan Department of Christian Formation, with responsibility for Catholic schools and religious education, and as the Archdiocesan Director of the Society for the Propagation of the Faith.

He has made mission work a strong emphasis of his ministry. In the 1980s, Archbishop Aymond and groups of seminarians from Notre Dame Seminary began to visit Sotuto, Mexico, where they built housing and offered religious training.

In 1994, he began a medical mission program in Nicaragua called 'Christ the Healer,' taking volunteer teams of health care professionals to the town of Granada to offer medical help at San Juan de Dios Hospital.

Archbishop Aymond was named Bishop of Austin in 2000. Under his tenure, the Diocese of Austin experienced unprecedented expansion, including a threefold increase in the number of seminarians. He established the Institute for Spiritual Direction, opened San Juan Diego Catholic High School for students from low-income families, opened St. Dominic Savio Catholic High School and initiated a distance learning program with St. Mary's University in San Antonio that allows lay people in the Austin Diocese to obtain master's degrees in theology.

Archbishop Aymond has served as chairman of the U.S. Bishops' Committee on the Protection of Children and Young People. He also was chairman of the Board of Directors of the National Catholic Educational Association from 2000-04.

Archbishop Aymond was installed as Archbishop of New Orleans on August 20, 2009.