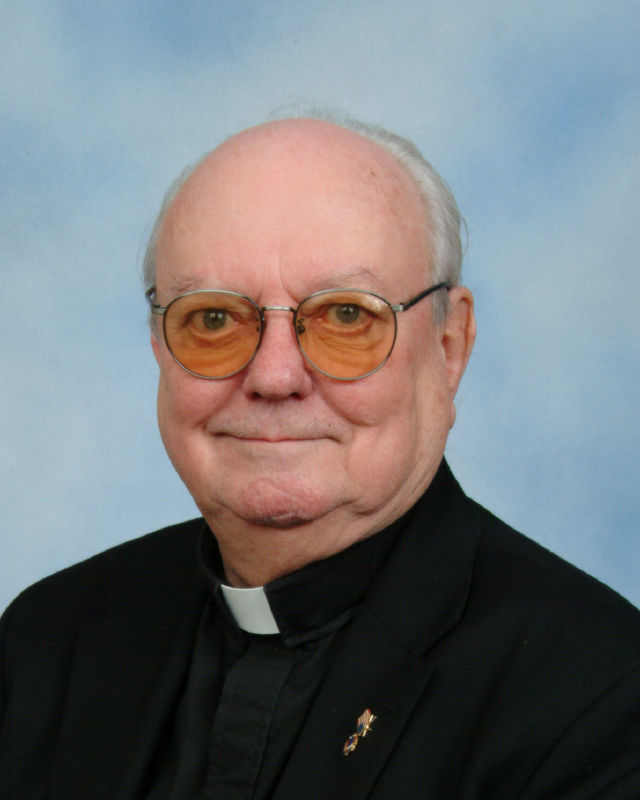 Monsignor Ronald Cyril Hoppe, a priest of the Diocese of Alexandria, passed from this life on April 4th, 2022 at the age of 92.  Born in New Orleans on September 13th, 1930 to William Francis Hoppe and Elizabeth McInerney, he attended St. Mary of the Angels Parochial School and Holy Cross High School before continuing his studies at Loyola University.  He was received as a seminarian for the Diocese of Alexandria by Bishop Greco in 1948 and went on to study at St. Joseph Seminary College, Maryhill Seminary and Notre Dame Seminary in New Orleans.  He was ordained a priest on June 7th, 1958.

In addition to his parochial duties, Msgr. Hoppe served the diocese in various roles as Vicar General and Moderator of the Curia, as a member of the College of Consultors, the Diocesan Finance Council and the Presbyteral Council. He served as the Episcopal Vicar for Retreats and Spirituality and as Vicar for Religious. He also served as the Diocesan Administrator before the appointment of Bishop Jacobs in 1989. In recognition of his service to the Church, Fr. Hoppe was named a Prelate of Honor with the title Reverend Monsignor by Pope St. John Paul II in 1988.  He retired from active ministry in 2009.

Msgr. Hoppe was invested as a Knight of the Equestrian Order of the Holy Sepulchre of Jerusalem and was a faithful member and supporter of the Knights of Columbus. A born storyteller with an infectious smile, Msgr. Hoppe never lost his love for his native New Orleans and its culture.  He shared his faith and spirituality through missions and retreats across the country and through a regular column in the Alexandria Daily Town Talk. A fantastic chef, Msgr. Hoppe loved to nourish the body as well as the soul.

Vigil and Solemn Vespers for the Deceased will be held at St. Francis Xavier Cathedral on Thursday, April 7, 2022 from 4pm until 7pm and will resume on Friday morning from 9am until 10am.  The Mass of Christian Burial, celebrated by Bishop Robert Marshall and concelebrated by the priests of the diocese with Fr. James Ferguson as homilist, will be offered at St. Francis Xavier Cathedral on Friday, April 8, 2022 at 10am.  Interment will follow in the Priests’ Cemetery at Maryhill.