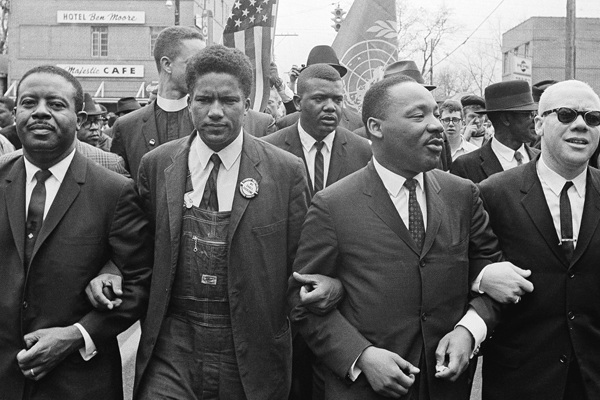 Dear sisters and brothers in Christ,

As our country prepares to observe the annual Martin Luther King, Jr. Holiday on Monday, January 18, we do so as a deeply divided nation.  Everything, it seems, has become a political hot-button.  Social media, which we all hoped would foster understanding among peoples and nations, has instead been used to spread falsehoods and to ridicule and demean our fellow human beings.  People with political disagreements no longer seek to persuade or compromise – they attack and destroy their opponents with Facebook and Twitter posts.  Now the vitriol has moved from the screens of our digital devices to insurrectionists roaming the halls of the United States Capitol.  Our nation cannot remain so divided and long endure.

Contrast our present circumstances with the message of nonviolent resistance that was promoted and lived out by Dr. King.  In his 1958 book, Stride Toward Freedom, Dr. King noted that a “basic fact that characterizes nonviolence is that it does not seek to defeat or humiliate the opponent, but to win his friendship and understanding.”  True nonviolent resistance, Dr. King would say, is “a courageous confrontation of evil by the power of love.”   In any of the political or cultural speeches or writings that we hear or read these days, do we ever encounter the word “love”?  The words “friendship and understanding”?  Oh, to be sure, much of the twitter-verse is consumed with humiliating an opponent, but almost none of the tweets advocate confronting evil with love.

As we celebrate Dr. King’s legacy on this holiday, may we do so by embracing his message.  May we see in those with whom we disagree the image and likeness of God.  Before we seek to turn them from what we perceive to be evil, may we ask God to deliver us from the evil within ourselves.  May we resolve to walk together in the path toward reconciliation, peace and love – on God’s terms, not on ours.

Diocese of Alexandria > Latest News > MLK: a courageous confrontation of evil by the power of love